A chat with Alex Sarratt, founder of iconic brand, Sarreid 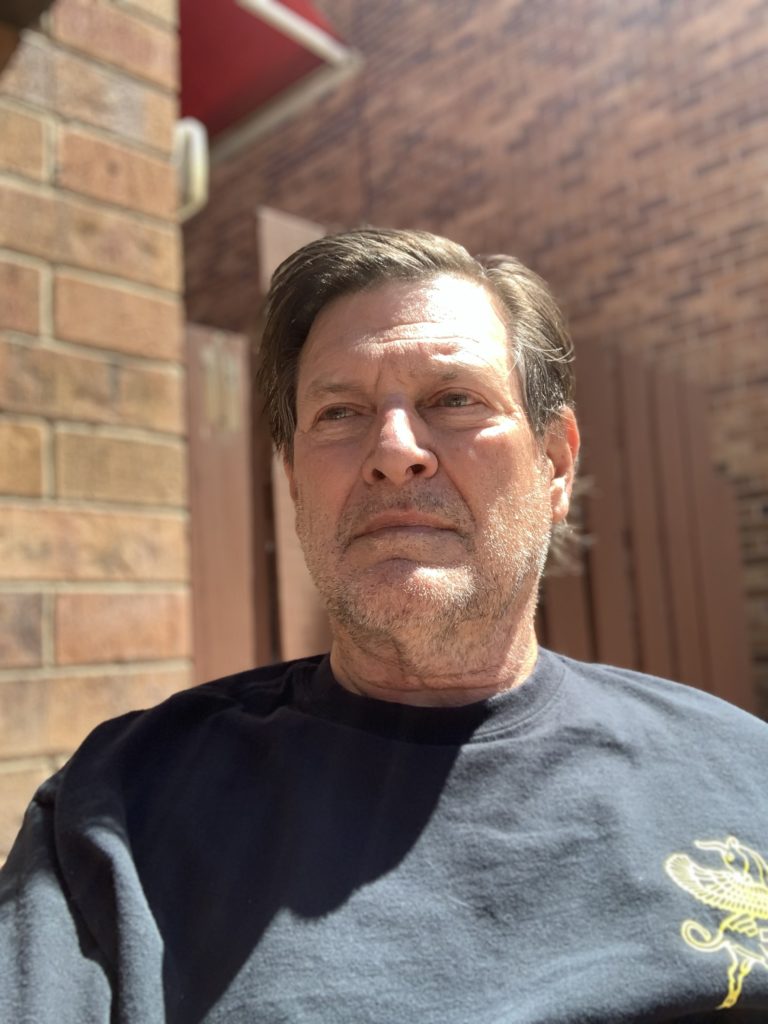 Tell us about your background, where do you come from, how did you land in the furniture world?

I was born in North Carolina, my mother was a housewife and my father was a journalist. Then I went to UNC, a great place to network and a very good school. I graduated in 1965 in the middle of the Vietnam war but got an exception that kept me out of the army and decided with 2 other guys to start a business in Europe. It was more the idea of doing an adventure that brought me to leave. It was hard to find a job because no one will hire you long term with the risk that you will leave to go to Vietnam. I had a friend who’s father had an ocean freight business and offered me to go on one of his ships. So that was it, we left from Richmond, Va in 1966 with 2 couples and a dog and we were going to sail to Barcelona. But, the boat broke down in Lisbon and we ended up entering the Country without having any stamped passport to drove to Spain. This is how my adventure started and the Sarreid dream of importing goods from Europe to the U.S was what I brought back to my land.

The furniture business has changed more in the last 10 years than it ever had in the previous 100 years thanks to technology. With these innovations, any factories in Brazil, Indonesia, or China can learn anything and can access to European market and Europeans can see what’s made in each part of the world and access to these sources like it was not possible before. Everybody knows the value of everything too. The internet with the e-commerce cuts down the middle man and this is very important to cut down costs. Wholesalers and distributors are the middle men. This is why all the costs related to a marketplace like High Point will be squeezed out. Retailers, designers, e-commerce, they all come to High Point but it’s a cost to them. There will be providers of home furnishings but they are going to be streamlined, I guess 30-40% can be squeezed out of the retail price and so be put out of business. High Point has in my opinion limited years left, sales rep have a limited time because it’s hard and expensive to sell at this time and they become less necessary when buyers become accustomed to digital imaging. With the Amazon freight being free and you can return anything, a lot of people went out of business because they couldn’t adjust to this. I think that 3d printers within 50 years will reproduce almost anything, and people could print their own furniture! Living space will be smaller, because population will be less burden on the environment, less pollution, freight will be not as extensive thanks to 3d printers!

What is your favorite furniture designer of all times?

There aren’t famous architects who really designed furniture based on imagination uninspired by other’s ideas. But people like Mies van Der Rohe, Franklin Lloyd Wright, and other architects were revolutionaries in this world. In today’s environment it is hard to reinvent a chair, the more unusual it is, the more becomes hard. We have a designer John Reincore (check spelling), he is well known, has some flatware designs at the Moma- and Philip Stark has done some nice things. I don’t think he is the best or the worst designer though.

What is your favorite Country in the world and where do you feel most at home?

I will say Italy. It is a great country since it was opened up to America after the II World War when it had its blooming becoming a wealthy nation. Its ambiance, its food, its historic parts are great. If you ask me what city, I would choose Paris though. France is a treasure of history but not that keen on food and wine, for me ( smile)

What are the trends and colors you think we will follow in the next years?

There is a short trend of 2-3 years, like apricot can be the color of the year for example. Trends last normally around 10 years, and it’s a cycle that will repeat every 5 to 7 decades, always going back to 1950’s or 1970’s for example. I’m not referring to the looks but to the concepts. You can go from modern to traditional, formal or casual. It does not matter what’s in the news: traditional has represented 70% in the U.S of purchases forever, despite trends. A trend can have themes: a deco, Hollywood look are developed by designers. The biggest trend we have are colors, we are currently coming out of grey, oak veneers were dominant, and this navy blue for upholstery will last about 5 years. Furniture last too long to make it too bold, unless you have one piece. So, generally white might be the prevalent color of all times as there are so many variations of it : pure white, beige, cream white, off white, shiny or matte. What Sarreid does is making finishes to look old, so we have antique white which is very popular. Greys are gonna become more taupe, there will always be a strategic use of black that will never go away. Those are all monochromatic neutral colors as opposed to bold colors which are not really furniture but more upholstery colors. Upholstery colors are easy to change, furniture not so much with the furniture.

People in the industry go to Europe for inspirations and ideas but it’s also true the contrary, they come here from Europe to get inspired from the film industry, television, fashion, as Europe is so much older than America, the buildings are five hundred years old, we do not have stones structures or castles, so I think Europeans are over the old look of the antique reproductions, they don’t need heritage or heirlooms as we do. This is why Americans are more inclined to pick antique looks in furniture too.

Which countries in the world are going to become stronger as suppliers in the next years?

You can’t ignore China. Although they have problems. The Chinese government is strictly controlling and it is not good for capitalism. You can get a licence for anything in China, but it can be suddenly taken away for any reason. At some point in China they all became so good as engineers, that they started building infrastructures, they have done more than anybody in the world during the last 15 years. Every airport, railroads, hotels in China is now new as you’ve got very good cheap labor. Vietnam is another interesting country to produce but they are only 67 millions people, there is a limit in what they can manufacture.

India, Indonesia and Bangladesh are third world Countries and they are mostly manufacturing cheap apparel which is easy to make and control by foreigners, it’s harder to do the same with furniture. India has no infrastructure and they never will. Don’t have good cell phone reception, internet, etc. Indonesia has dreadful heat and a terrible climate, it’s hard to work with those temperatures. Lots of people in India don’t know how to to read, so they won’t vote, there is corruption in politics and this doesn’t make it an easy country to produce in as they are not ready to compete with industrialized countries. After China and Vietnam, maybe Laos and Cambodia can be the next countries where we will source furniture. Mexico has potential but have economic and political instability as well so it’s harder to operate there as well.

That was so illuminating, thank you Alex! And, for more info about the famous Sarreid, please browse www.sarreid.com

Join our mailing list to to be the first to know about new products and to keep updated with us.

Any cookies that may not be particularly necessary for the website to function and is used specifically to collect user personal data via analytics, ads, other embedded contents are termed as non-necessary cookies. It is mandatory to procure user consent prior to running these cookies on your website.